The journey of Tudor from nothing to one of the most demanded and innovative watchmaking started in 1926. Tudor watches have a long-tail relationship with Rolex, that’s why it is called as its sister company.

Hans Wilsdorf the founder of Rolex, also known as the founder of Tudor, the main objective of Wilsdorf was to introduce the world with a more affordable timepiece by maintaining a high rate of quality comparable to a Rolex.

By the passage of time, the brand got an individual personality in the list of finest luxury watchmaking. Later on, many high-class timepieces were manufactured that could withstand the intense lifestyle, and many military editions and editions for professional divers were also introduced.

Let us discuss how the brand got its independent persona with a distinct approach to creativity and reliability. 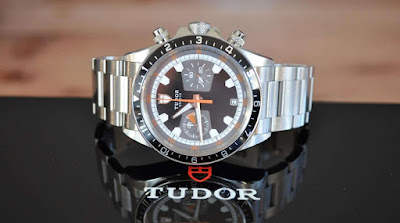 The brand name was originally taken from the English Royal Family. The logo design is inspired by the part of the coat of arms, the family crest which was a rose. It is covered by a shield to enhance its character as a symbolism of unity and creative artistry. In addition to the logo’s shield, “Tudor Geneve” is engraved on the dials of its timepieces for both men and women collections. The rose is used on the winding crowns.

The trademark “Veuve de Philippe Hüthe” was registered in 1926. To achieve the high-quality comparable to a Rolex at an affordable price, Tudor watches were equipped with the cases and quality bracelets designed by Rolex. For instance, Exclusive Oyster cases (waterproof) were added to the Oyster collection which was originally manufactured by Rolex, to enhance the quality of a timepiece. Over the years, Tudor started in-house production and mastered the art of creative watchmaking and is still known as an expert tool watchmaker.

In 1952, a robust collection named Prince Line was introduced and was one of the reasons for the popularity of the brand. The Prince collection is designed with extreme shockproof features and it also passed the test in 1953 when used by a stonecutter. It survived 3 months under intense and harsh situations even under the vibration of the endured drill. This durability encourages the brand to make timepieces for all professional workers such as military, divers, sportsmen, and engineers. It not only specifies the reliability feature but also has a unique and elegant look to match every dress code.

First diving watch by the company was introduced in 1953. Tudor Submariners were then issued to the US Navy and French Navy. These timepieces were designed to withstand the enormous pressure and extreme conditions. Later on, Advisor range equipping Alarm complication was introduced in 1957 and in 1969 a more traditional look.

Since 2015, Company started in-house development of calibers and manufacturing is done in a Genevan production hall.

Oysterdate is the first chronograph in the series of Tudor Chronographs. It was produced in 1970. Oysterdate came with the caliber 7734, a mechanical caliber by Valjoux. It also features an enhanced cam mechanism chronograph function. It was reintroduced in 1971 with the name Montecarlo and the third series was named Big Block in 1976, it was the first one to have a self-winding movement in the chronograph collection.

Hydronaut and Monarch range were introduced in 1991 and 1999 respectively.

Many advertisement campaigns were launched by the company as well. The list includes a campaign on robustness in 1953, the brand relaunch was held in 2009 to introduce the brand with Grantour collection and new advertising campaign claiming timepieces to be top-rated both in performance and design.

Loved our tip/guide? Get more of them in your Inbox!
Follow us on: