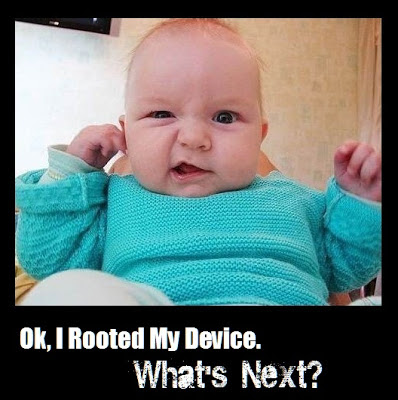 That's the question I'm most confronted with. So, I'm here with this post, to tell you about all the fantastic things that you can do. If you don't know What Rooting is, find out What Rooting is! This article can also be named as "Why you should Root your device", because if you haven't rooted your Android phone yet, I'm sure, by the end of this one, you won't be able to resist the temptation to root your device.


The Sacred list of things you can do after Rooting:

If you think I missed something, or You've found any interesting app for rooted phones, I'd be pleased to hear from you :-) Have Fun with your rooted mobile!
Loved our tip/guide? Get more of them in your Inbox!
Follow us on:

Labels: android , how to , Rooting , tips